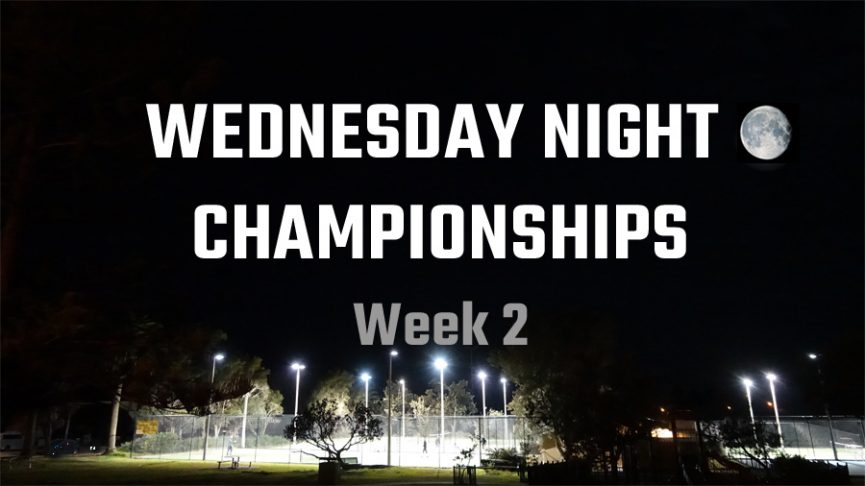 The second week of the Wednesday Night Doubles Championship saw a record-equalling 3 matches played in the one night.

Two pairs doubled up, with one pair (Scott & Peter) conceding only 3 games in winning both their sets, including a whitewash. Their opponents in this set were not required to remove any clothes due to the cold weather and to the fact their opponents are compassionate guys.

Their 2nd match was what may be a preclude to the final, predicted even at this very early stage of the tournament. It was extremely exciting and close with the cool pair of Scott & Peter just pipping (7-5) fleet-footed Nico and a profusely sweating, sorry perspiring, “give-all” Ed.

Conversely, the 2nd pair doubling up (Martin & Paul) did not warm up after their first set and will no doubt talk tactics before their next match.

In the 3rd match Edgar & John were too strong for Martin & Paul, with then Edgar going straight into another CTC competition, singles match of 1-hour set duration this time, most number of games wins.

Next week, the full field are expected to be competing, barring injuries & other weak excuses; which will be another record, so the complex is expected to be at capacity. Looking forward to your attendance. Entertaining tennis is almost guaranteed.