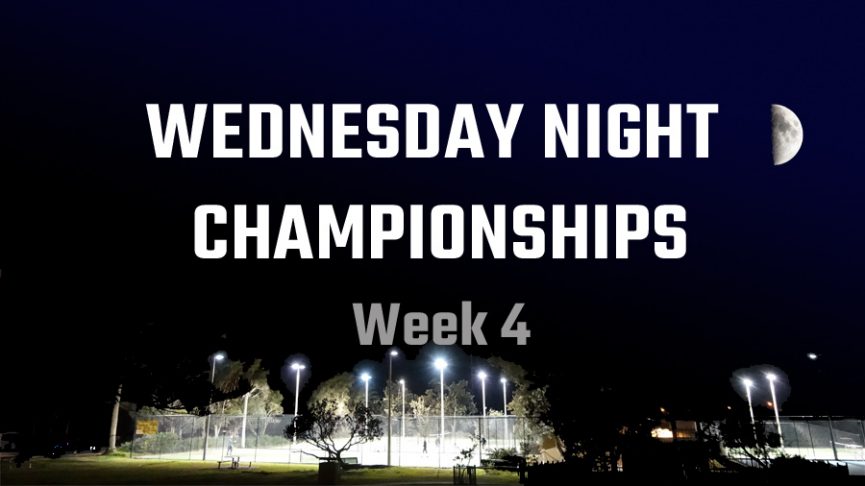 Two teams had to be amalgamated into one; with two players unable to be at tennis regularly on Wednesday nights, thus their partners Ian & John teamed up.

Match 1
Nico & Ed defeated Martin & Paul 7-1. Interviewed after their match, Paul revealed that it was a combination of Nico’s strength & Ed’s consistency that won the match for their opponents. Ed would deny this with a huge grin, whilst Nico would be too modest to talk about his strength.

Match 2
Stu & Norm defeated the new scratch pairing of veterans, or pair of veterans, Ian & John 7-3. Before the match, Ian asked for a handicap and was allocated John as his partner. Stu & Norm got off to a 4-0 start, but Stu forgot all his team Captain had told him as the opponents clawed their way back. Another team talk was required and this time Stu complying nicely with his Captain’s tactics as they closed out the match.

Match 3
Unfortunately, Ian and John were the 1-7 victims to the brutal team of Nico & Ed. They handed out rougher treatment to their opponents than what Tim Tszyu dished-out to Jeff Horn in their big boxing fight in Townsville that same night. Ian & John went down quicker than the losing boxer who lasted 8 x 3-minute rounds.

Things are getting very interesting – with 7 matches now completed and only 3 to go before the final, three out of five teams have a realistic chance of reaching the final. Nico & Ed are assured of a final’s place with Scott & Peter in a much better position than Stu & Norm to be the other finalist.

All going well, it is anticipated that the Final will be in 2 weeks – on 9 September (TBC). All welcome, so please put it in your diary.