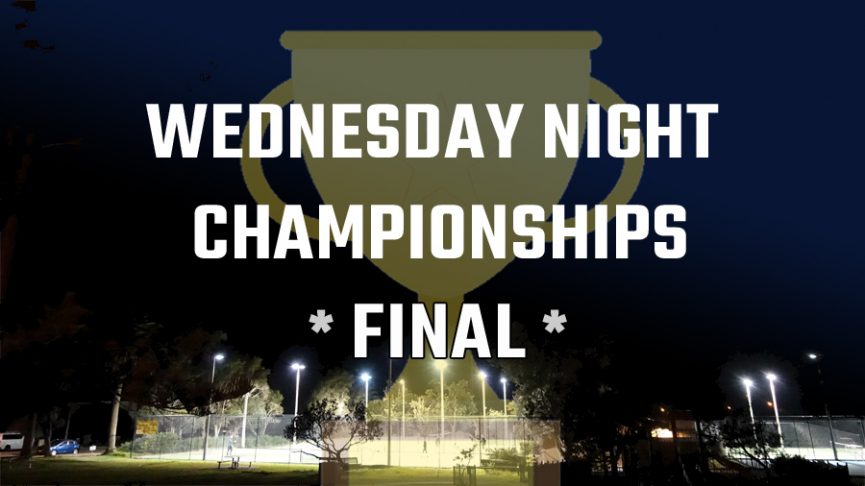 The Wednesday Night Championships Final was due to be played on 9 September. However due to rain, it’s been rescheduled to next Wednesday 16 September, starting at around 8 pm.

After six weeks of round-robin matches, the final will be between Ed Bellomo & Nico Beauvillian de Montreuil and Peter Gummer & Scott Mitchell.

These finalists proved to be too strong for the other teams during the prelim rounds. They are considered equal favourites, but Peter & Scott did beat Ed & Nico 7-5 in their round robin match.

The final is expected to be very tight and no one knows who’ll prevail — will it depend on their consistency, determination, power, speed, teamwork, or all of the above?