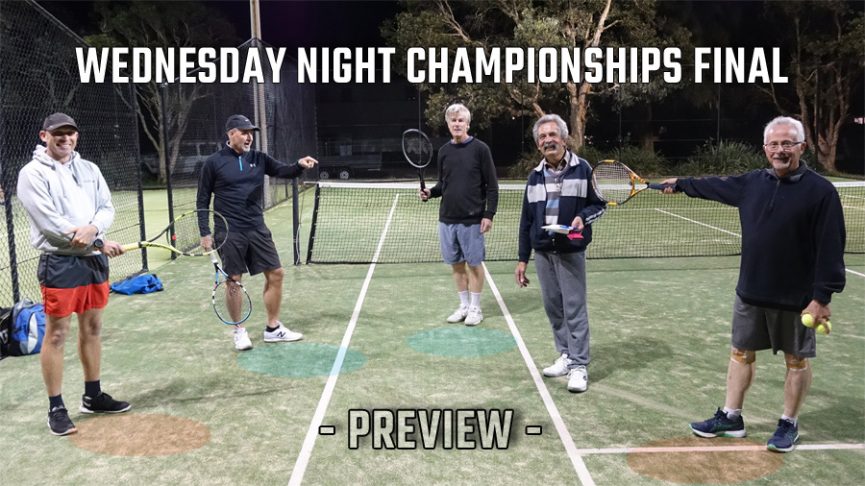 Last Wednesday saw the first rain in a week, but enough to wash out the final of CTC Wednesday Night Doubles Championship two hours before the planned start. An early call was made so the finalists could relax earlier than usual and perhaps participate in a refreshment at home rather than worry about team and opposition tactics.

*: Walkover default
**: Ian and John combined into one team which caused “Vacant”, as their original partners were unable to attend regularly.

To forecast the winning team is as equally difficult as the weather. We have the fleet-footed Nico teaming with the ever-enduring Ed against the stone-wall Scott and thick-slicing Peter. It will be a close and exciting contest!