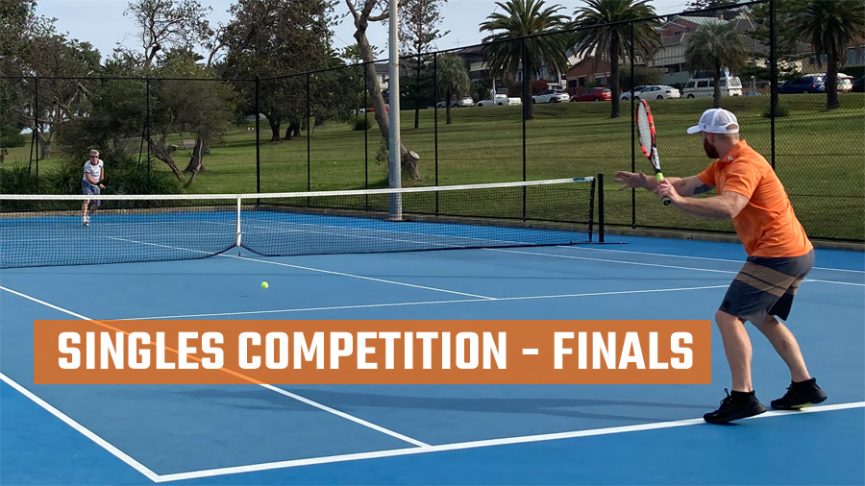 After 8 weeks of round-robin matches plus semi-finals, the Collaroy Tennis Club in-house singles competition is now at its Final stages.

As to be expected, the semi-final matches were closely-fought and exciting to watch. There were also some differences between them. The match between Colin and Andres was played during a damp evening, a few minutes after the rain on Fri. (18 Sep).

The semi between James and Peter was played on the true blue plexi-cushion court on Sat. (19 Sep); as both players were keen to try this surface.

The other two matches (David vs Edgar and Wil vs Shane) were played on synthetic grass courts when the spring sun was at its best – quite hot.

Unfortunately, no photos for Wil as he usually takes the action shots – he couldn’t take photos and play at the same time.

After 7 round-robin rounds, the placings are listed below as well as the semis and finals.

The Grand Final will be played between Group A and B winners, next week – date/time to be announced.