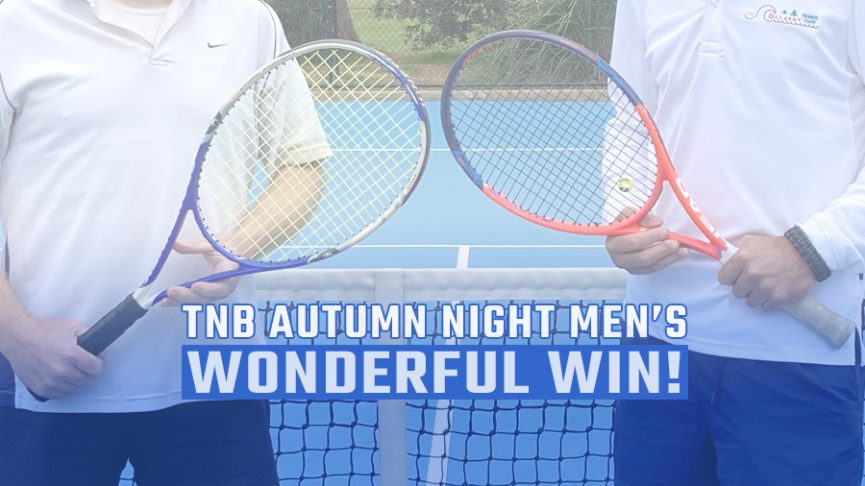 We haven’t even met before we played together in the Tennis Northern Beaches (Wednesday night men’s) comp and it has proved a strange marriage of skills and approach – we are almost polar opposites in strategy and technique. I (Andrew) tend to hang back and defend, apart from an occasional penetrating backhand – blocking, lobbing and trying to force the opposition into a mistake (or let’s face it, simply wait for one). Pete comes forward and attacks almost every shot – his error rate is greater, but at the same time he gets a much higher percentage of clean winners.

We’re probably fairly even in our effectiveness. In our first season together, this stark mix proved a surprisingly winning combination as most of our opposition were simply confused into submission – they hardly knew what was coming! A couple of teams worked us out and beat us 2-1 in the latter rounds, but we still came on top and it didn’t prove difficult to progress through the semifinal.

We were expecting the final to be tough (we were 3-3 in sets against the opposition over the two round matches), but a washout meant the final was delayed to a Sunday afternoon. Daylight conditions obviously suited us at Collaroy more than the other team and we finished off the competition with a fairly comfortable 6-4, 6-2 win.