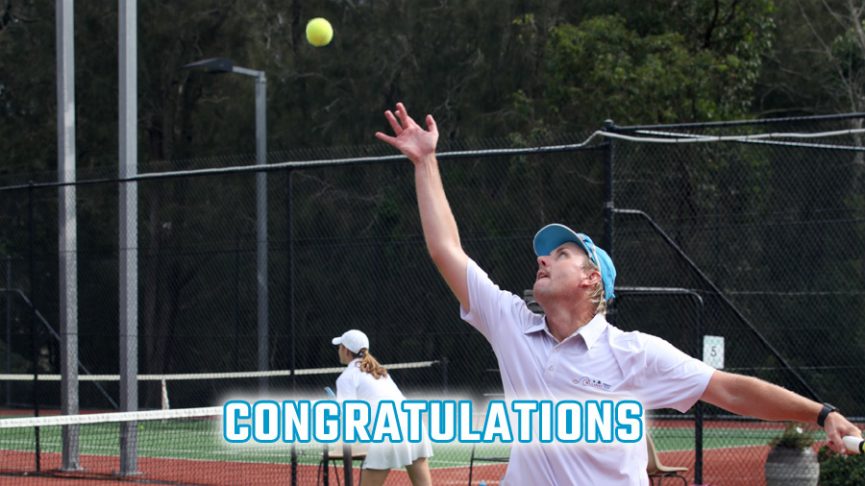 The weather held perfectly for the organisers of the Tennis Northern Beaches Interclub Challenge which was held at Careel Bay on Sunday 27th February 2022. A BBQ hosted by Careel Bay Tennis Club ensured the crowd who gathered were not only well-entertained, but well-fed throughout the course of the afternoon. Thank you to TNB, Careel Bay TC, all the players and volunteers!

The format allows for each club to enter a club member / team in the Ladies and Men’s singles as well as a Mixed doubles event. The format was a round robin with a super tiebreak (first to 10 points) played against each other Club. The two top-placed individuals or teams play a Final (standard set) in each category at the end of the day. The field was deep and strong with the following clubs represented: reigning champion Mona Vale along with host-club Careel Bay were joined by Allambie, Bareena, Bayview, Belrose, Collaroy and Forestville.

The Collaroy Tennis Club was proudly represented by Scott Fletcher and Elise Thompson (mixed doubles), Amy Gray (ladies singles) and Chris Gillis (men’s singles). Two out of three in our team made the Finals, with Scott and Elise victorious (for three years in a row!) and Chris being runner-up in the Men’s singles. Amy represented CTC admirably and at “12 years young” played against much older girls and more experienced ladies, but held her own and won plenty of matches. Well done to all – you have done our Club proud, yet again!

Overall, Collaroy was a runner-up to Mona Vale who defended their title and won both the Ladies and Men’s singles events – Congratulations Mona Vale! The margin (three points) was very tight once again, as we’re the runner-up in the past two years. A significant and notable achievement that we should be proud of.