This is our centenary year – an opportunity to look back and be proud of how far we’ve come and to share stories and engage with those who have helped shape the Club – past and present members, volunteers and the wider community.

So we’re reflecting upon and celebrating our past and looking towards the future, as we cement our place as the best tennis club on the Northern Beaches and beyond. Some major events have already taken place and others are planned.

An official ceremony at which Club Sponsor, Belle Property, ‘turned on’ the Solar Panels and solar batteries that have made us the first fully sustainable tennis club on the Northern Beaches and one of the only such clubs in all of New South Wales.

A morning tea at Collaroy Tennis Club, at which Northern Beaches Council Mayor, Michael Regan, officially unveiled a centenary plaque, commemorating our 100 years of service to the local community.

CENTENARY DINNER
Date and venue to be announced

A special night for past and present members and friends, to let their hair down and celebrate this remarkable milestone in the Club’s history. Don’t miss this chance to look back and be proud of how far we’ve come and to share stories with those who have helped shape our club.

A FUN day of tennis, activities, prizes and giveaways as we raise funds to help continue the capital works required to maintain our position as ‘Most Outstanding Club (Metropolitan)’ as awarded last year by Tennis NSW.

Still a Club member to this day, Ros Ode has one of the longest associations of anyone with Collaroy Tennis Club. Her mother, Joan Gilroy and father Ernie Ode were both members of the Club before they married in 1941. And their three daughters Carolyn, Varelle and Ros all grew up playing at the Club.

Collaroy vs The Burglars

In 1982, the MWTA (now Tennis Northern Beaches) introduced Night Competitions for the first time. Collaroy fielded one of the first teams in the Wednesday Night Men’s Comp., consisting of Mark and Greg Petith, John Kelly, Dave Vincent and Clarrie Bridges. They made the Final, playing a team destined to become their arch rivals for years – ‘The Burglars’, comprising members of Bareena Park T.C. (ironically captained by now CTC committee member, Dave Keogh).

A Timeline of Our Club’s History

Having been proclaimed as a Crown Reserve on 20 May, 1914, Griffith Park (named in honour of then Minister of Works, Arthur Griffith who secured the land for the public), was acknowledged by Warringah Shire Council as “A significant area offering an outstanding range of scenic, natural, environmental, social, heritage, educational and recreational assets.”

The Council proposed setting aside a section of the park for “… laying out a cricket oval, football ground and enclosures for tennis and lawn bowls”. 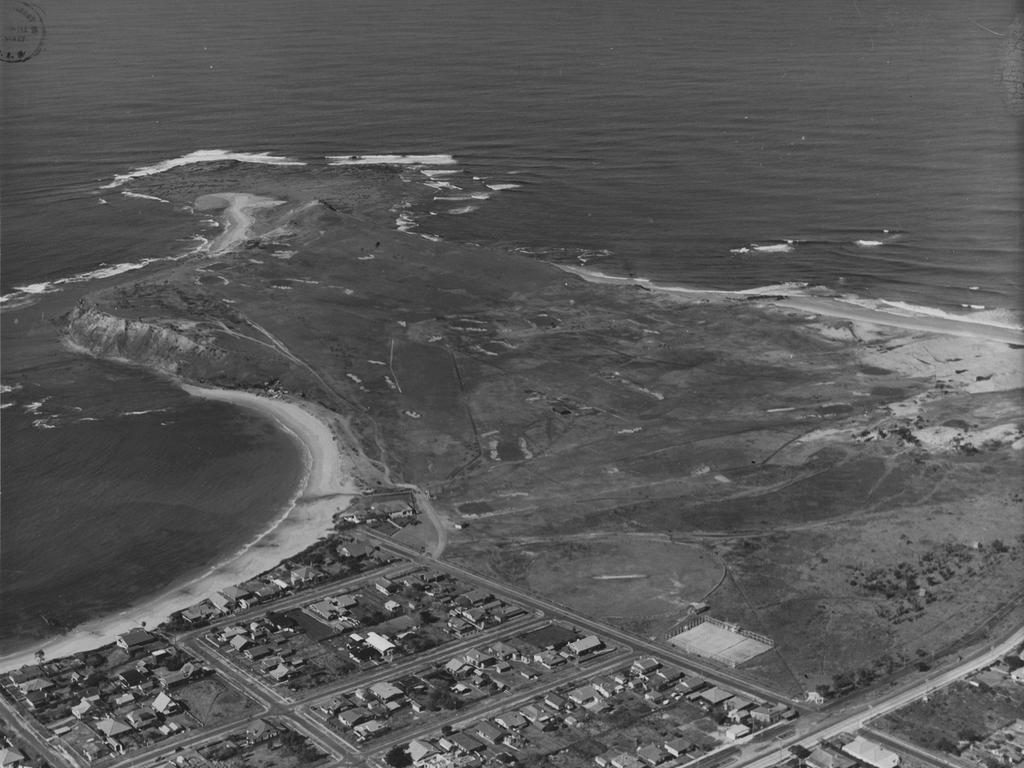 Shire President, Cr Arthur George Parr, confirmed that Council had given approval for a section of Griffith Park near Anzac Avenue be set aside for recreational tennis and construction commenced on two ‘sand’ / loam courts. A year later, the first (white) ball was struck on Centre Court by the newly elected first Club President, William Alexander Makim. 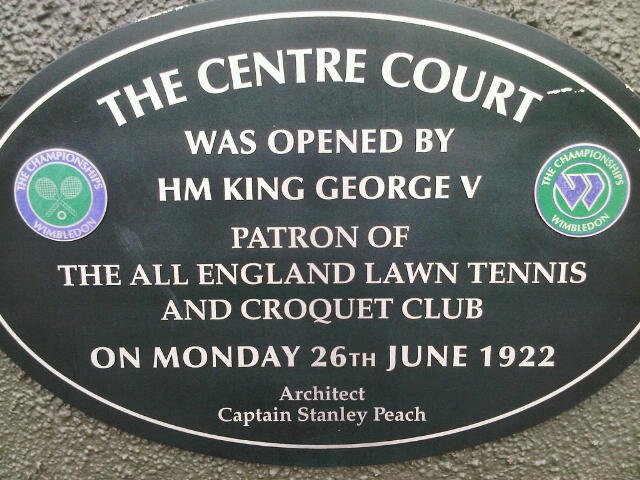 In the same year that King George V opened the new Centre Court at Wimbledon, play is first held on the two newly built loam courts of Collaroy Tennis Club. Membership was opened and a Committee elected with W.A. Makim as our first President. An old shed situated behind Court 2 served as our first clubhouse. 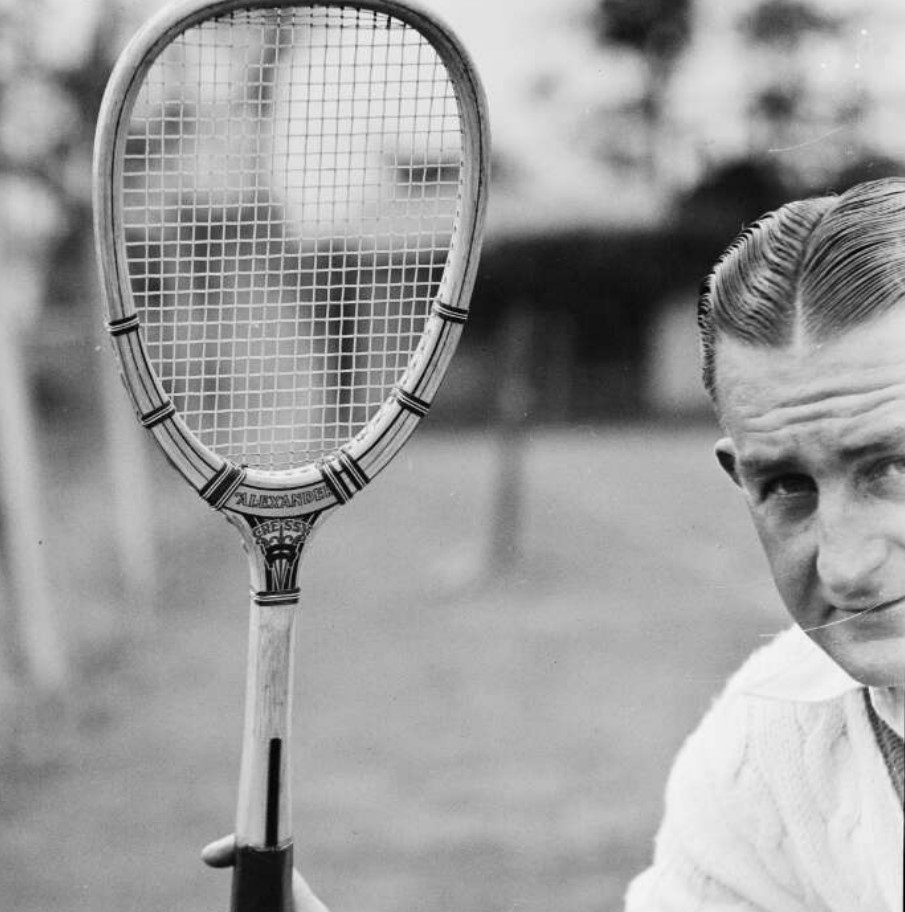 Tennis continued its popularity even during The Great Depression

The world was still in the grasp of The Great Depression, but the feats of Aussie tennis players including Jack Crawford (pic.), Harry Hopman, Vivian McGrath and rising stars Adrian Quist and Nancye Wynne Bolton helped ward off any slump in the sport’s popularity… and Collaroy Tennis Club continued to thrive and grow its membership. 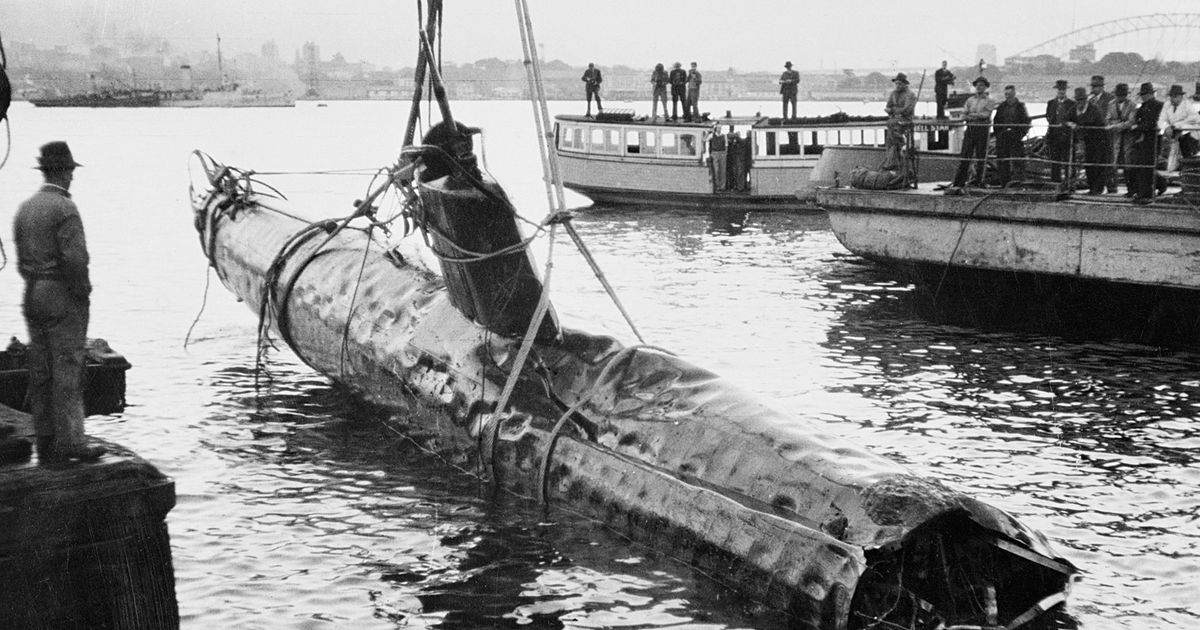 On the night of May 31, one of three Japanese midget submarines entered Sydney Harbour following a Manly Ferry through the established boom defences. Having sunk the HMAS Kuttabul by mistake, that sub was damaged as it escaped the Harbour and headed north. It snuck right past our club off Long Reef Headland, making it to Bungan Head near Newport before sinking. A week later, a larger submarine returned to bombard Sydney with its deck guns from open water. Though close to the action (and an obvious target) Collaroy Tennis Club survived its brush with World War II. A year earlier, Joan Gilroy and Ernie Ode who’d met at CTC, were married and started a family with daughter Ros still playing at the Club today. 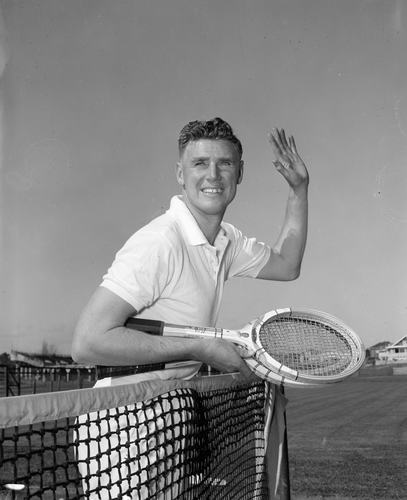 Frank Sedgman was tearing up world tennis and 17 year old Ken Rosewall was just a year away from becoming the youngest player to ever win the Australian title (a feat which stands to this day). Elizabeth II was crowned Queen and ‘The Petith Dynasty’ at Collaroy Tennis Club had its beginnings as Greg was born, to be followed just two years later by Mark. (Tennis would never be the same again.) Construction commenced on a 3rd court and a larger clubhouse, and Collaroy Tennis Club entered its first teams in the Sydney Badge Competition run by Tennis NSW. 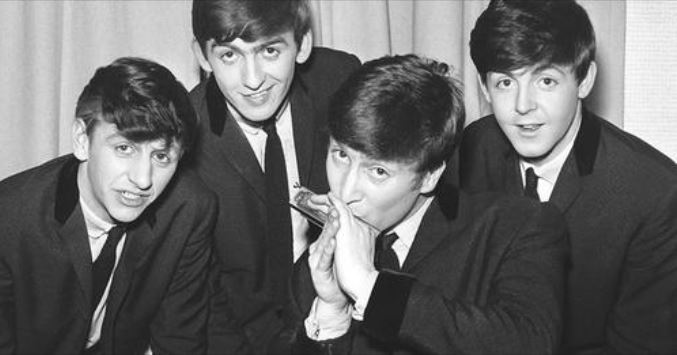 Soviet missile bases were discovered in Cuba, John Glenn became the first astronaut to orbit the Earth and Rod Laver won the first of his two Calendar Grand Slams. A party was held to mark our 40th anniversary at which members grooved along to a song called ‘Love Me Do’ – the debut single of a new young band from Liverpool, England. Just one year later, Life Member Bob Silversides joined CTC at the age of 15… and he’s held near-continuous membership ever since! Congratulations Bob. 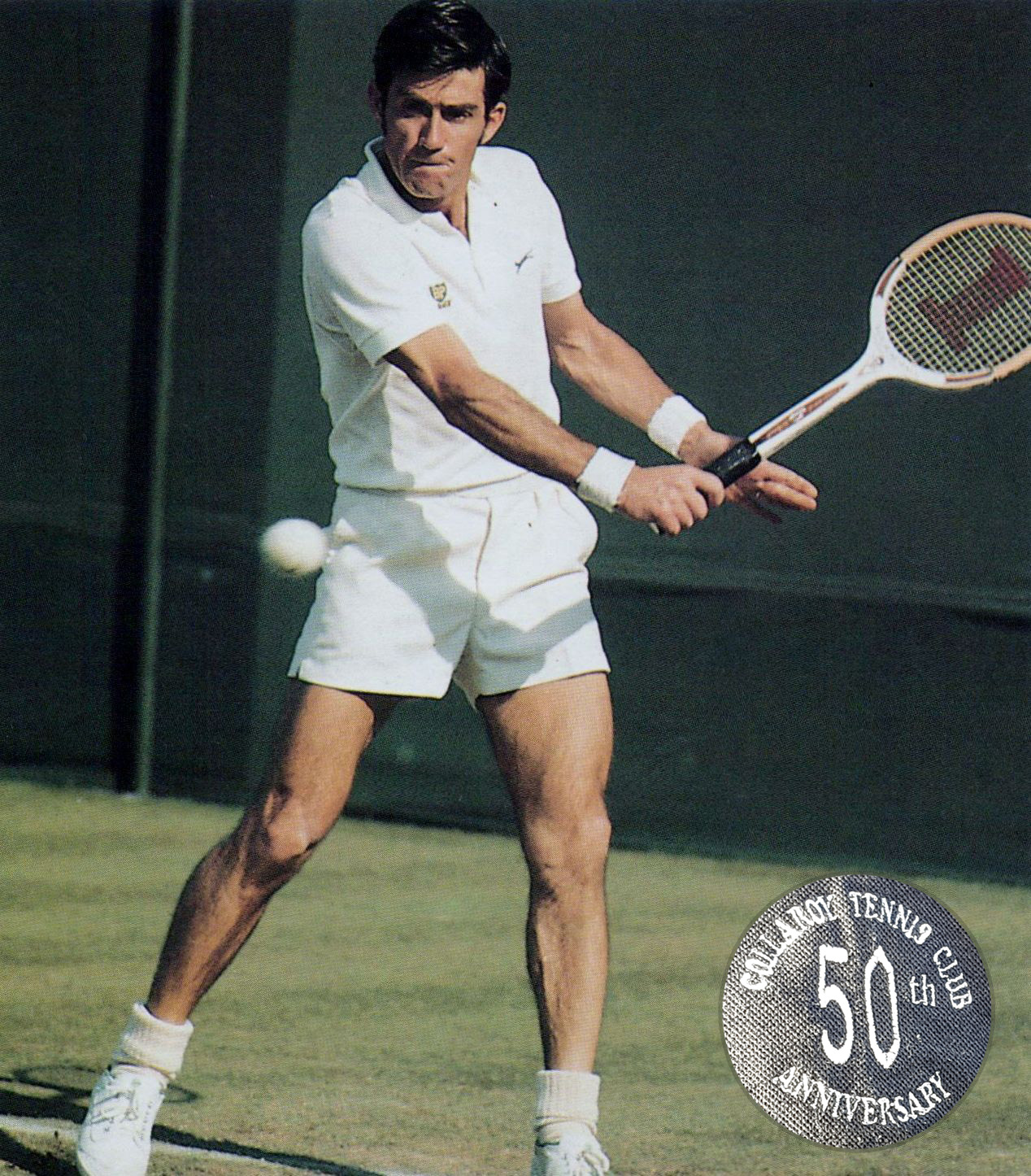 The Association of Tennis Professionals (ATP) was founded and Ken Rosewall won his fourth Australian Championship to now become both the youngest and the oldest player to do so. More importantly, members of Collaroy Tennis Club celebrated the Club’s 50th anniversary! Over the ensuing decade, the Club almost doubled its membership to around 100. 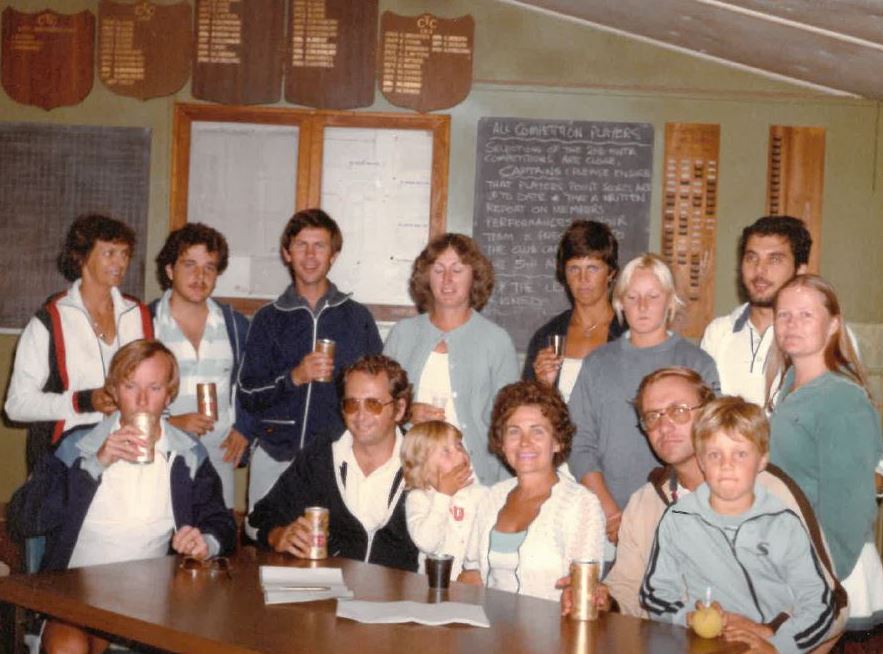 Our Centenary President, Vito Cincinnato (seen here far right of photo with wife Megan) joined the Club and has been a stalwart ever since. 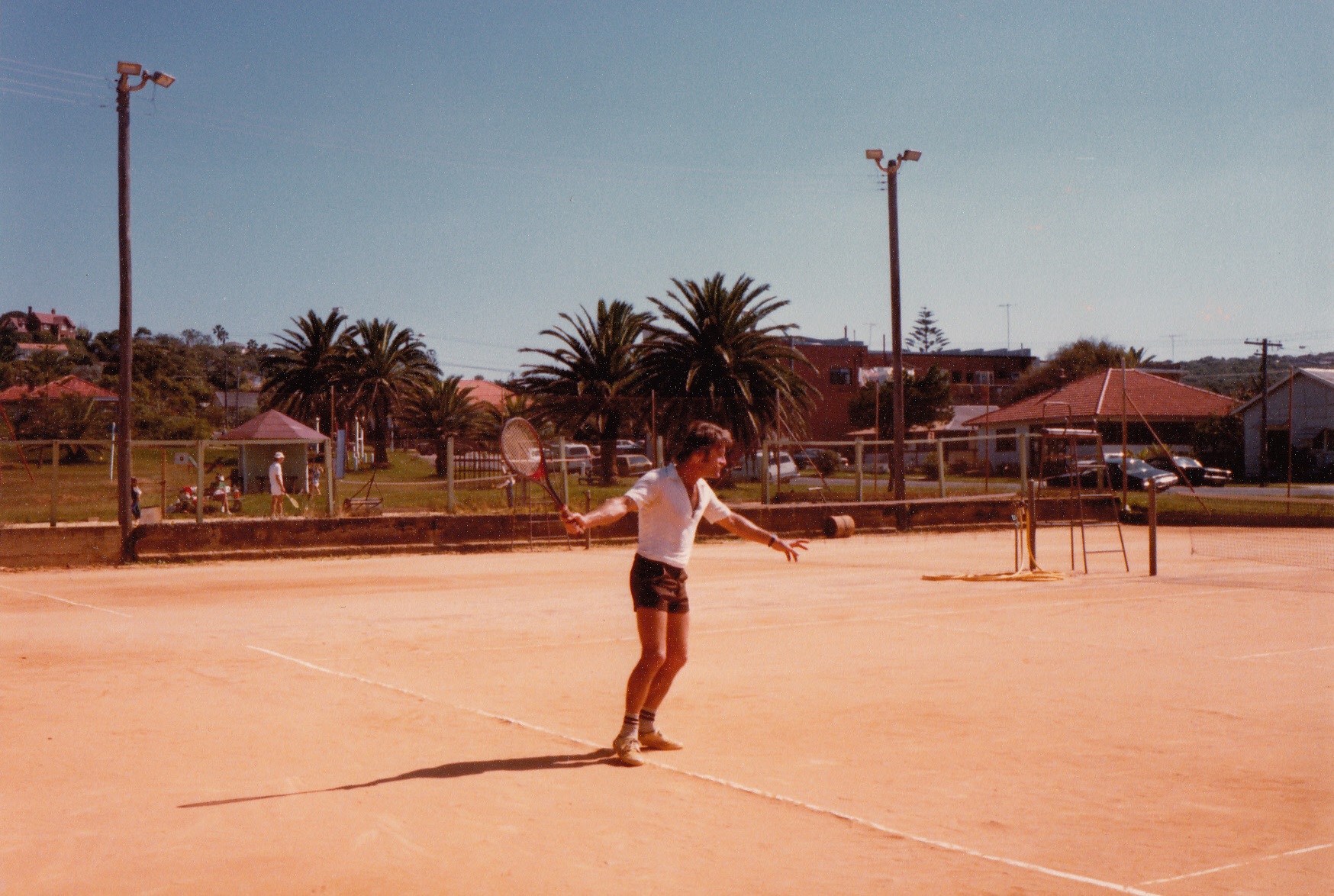 Tennis at Collaroy Tennis Club circa 1979 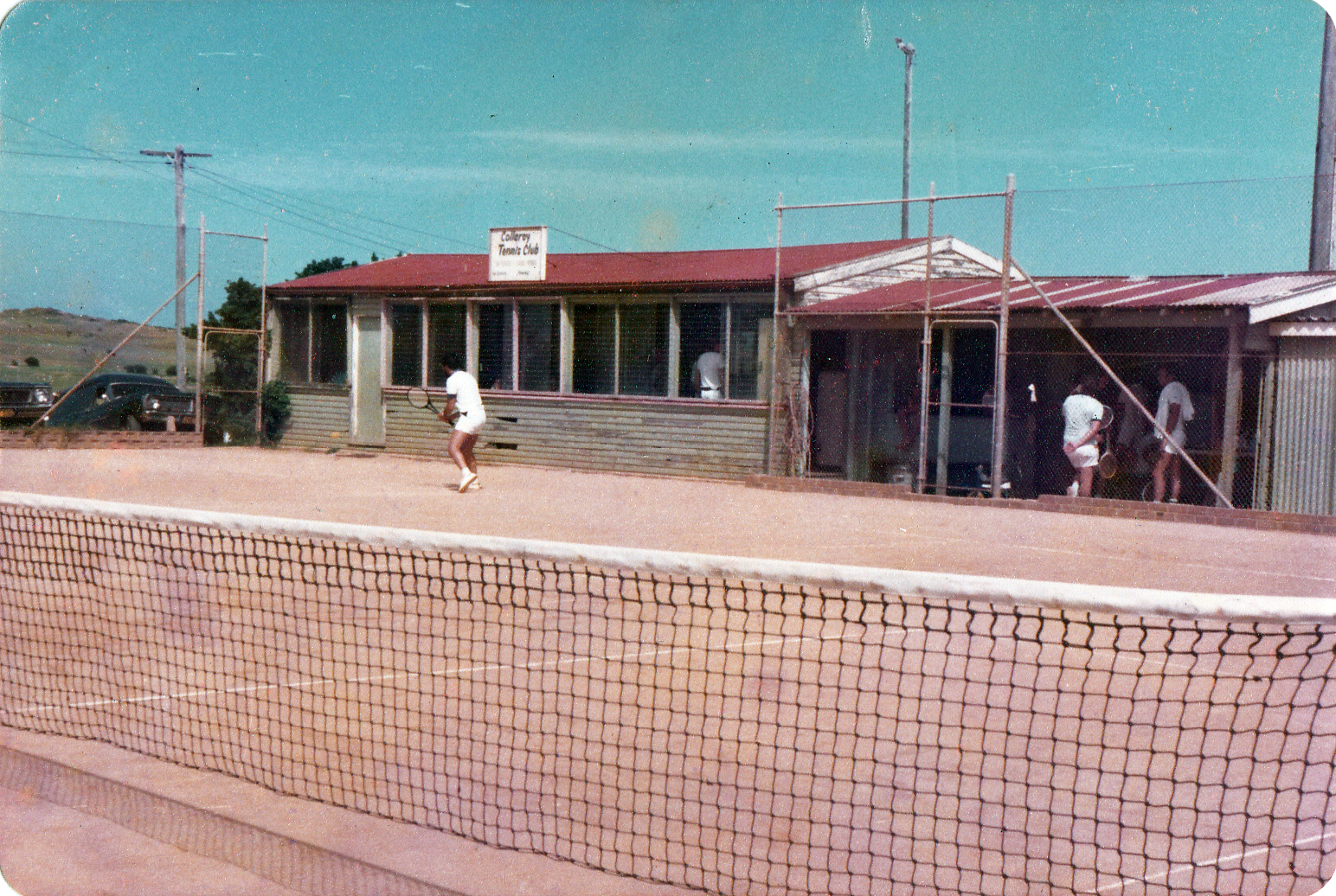 The old Clubhouse circa 1979 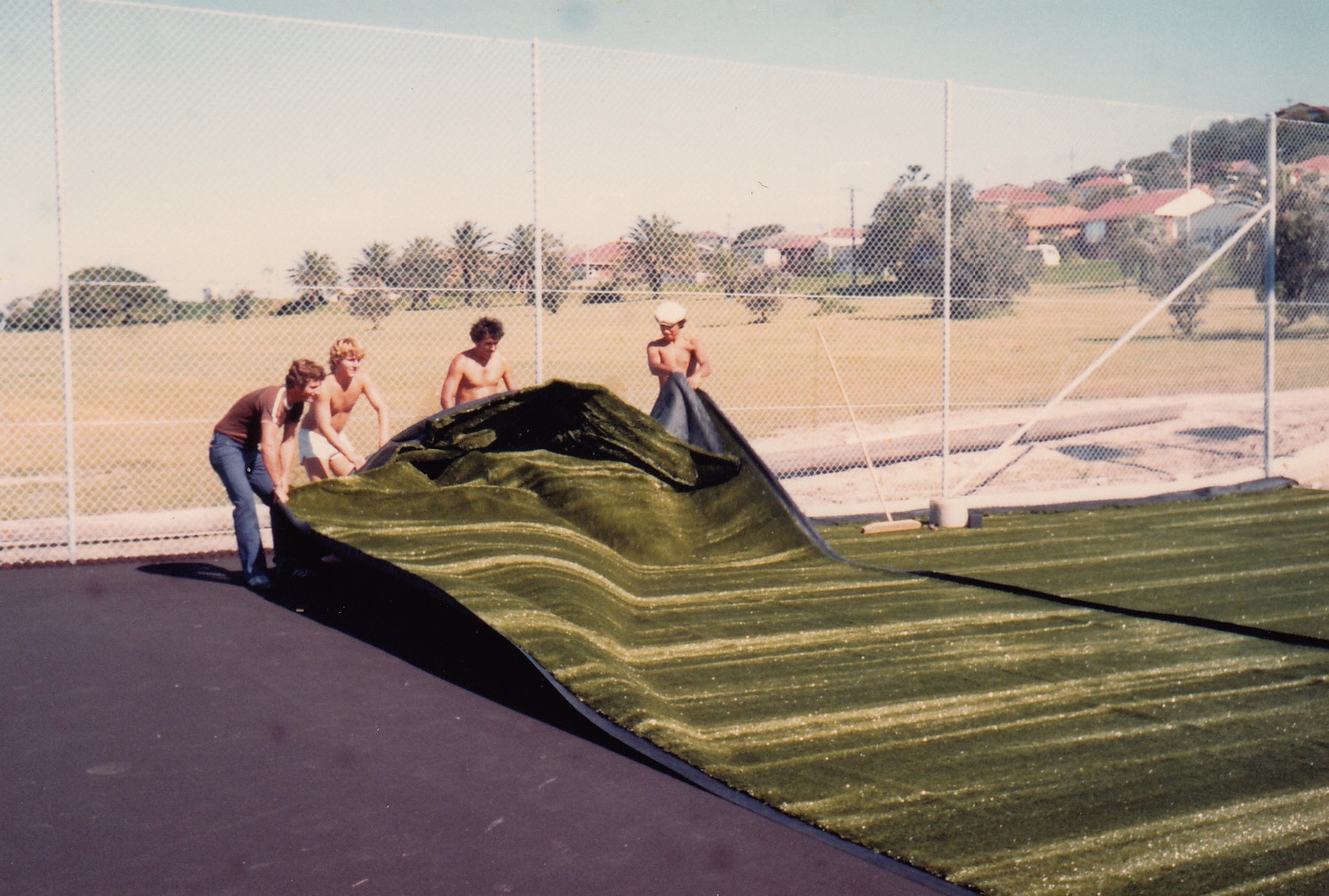 A Thriller year for the Club!

A massive year for the Club. While Martina Navratilova won the first of her three Australian singles crowns and Michael Jackson released ‘Thriller’, our members were themselves thrilled that:
o Council extended our Lease for a further 20 years
o Work commenced on the construction of three new courts with the surface of all courts transitioning to synthetic grass
o New lighting would be installed on all courts
o The design of a brand new clubhouse was approved, with local player Arthur Gartrell appointed as Architect.
o And Collaroy Tennis Club fielded more teams in district competitions than any other club in the MWTA. We had up to 17 teams competing and had to hire outside courts to accommodate them. 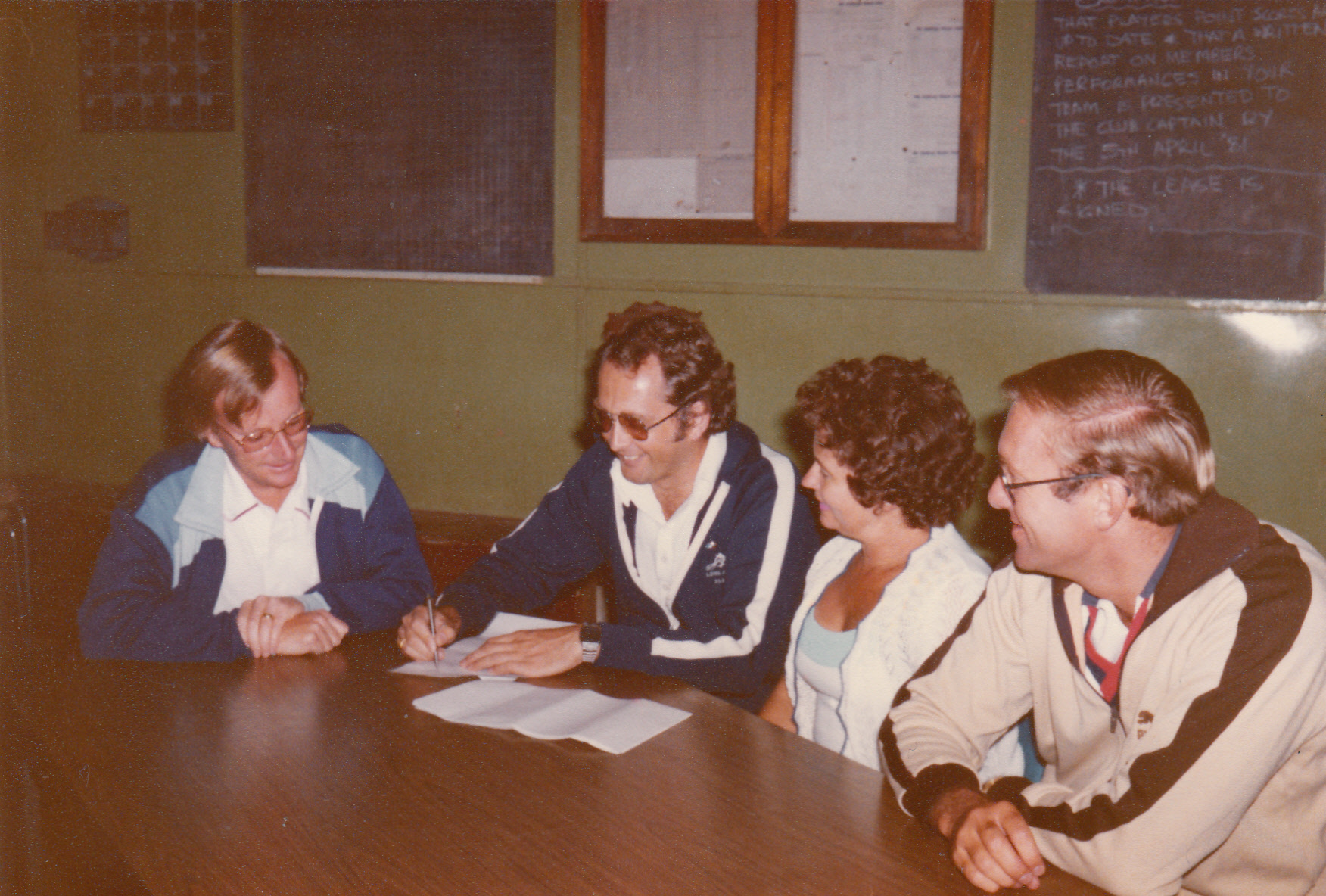 Including State Government assistance from the Department of Sport and Recreation, the cost for the complete upgrade of our Club was in excess of $300,000. Committee Members Michael Peters, Bob Paterson and Carol Coram resigned from the committee in order to become Trustees, guaranteeing a loan from the Bank of New South Wales to cover the work. The Deed of Trust was duly signed on February 28. 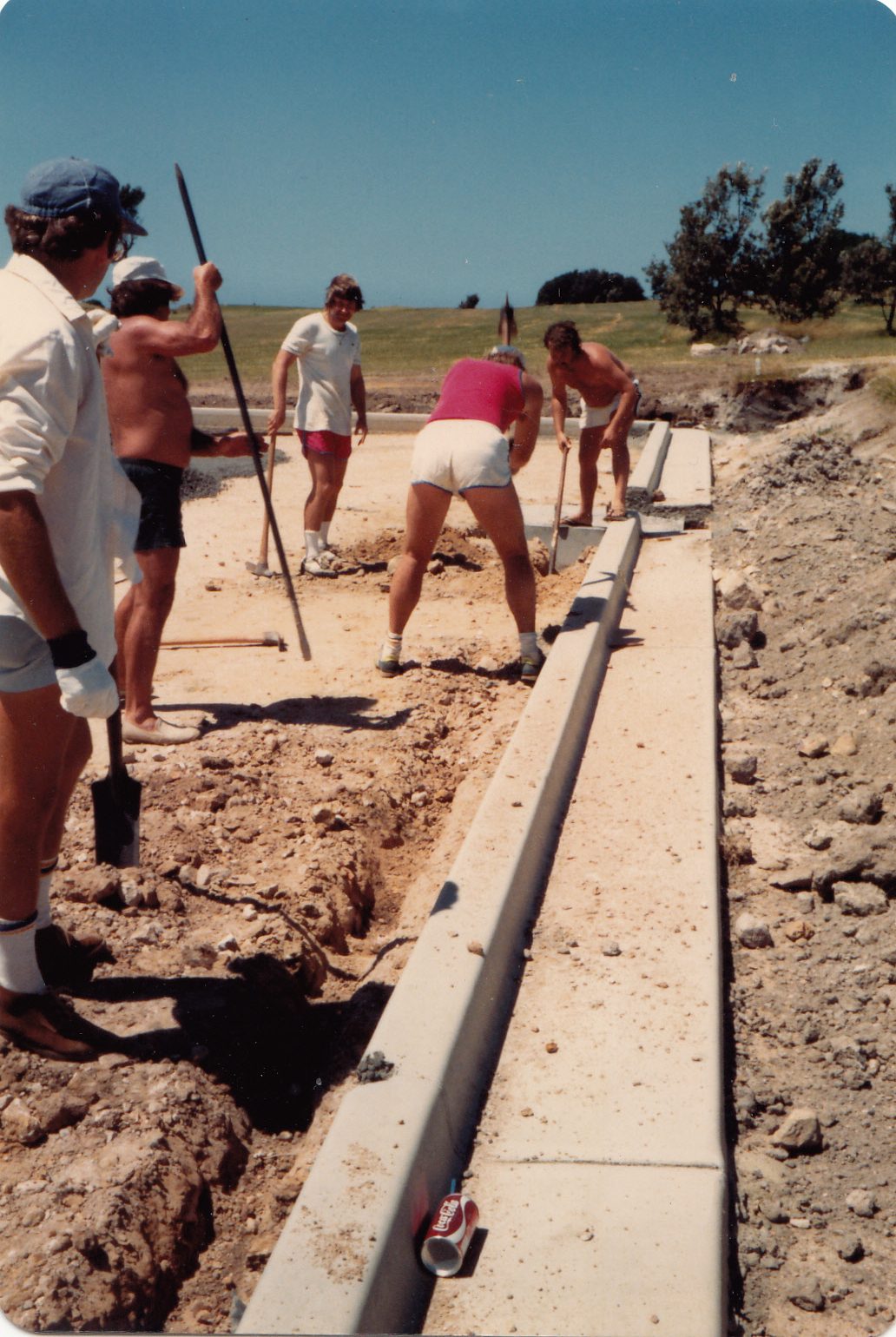 Members digging in to build our new Club

Members volunteered their labour to prepare the base of the new courts and help install the light poles and the new 6-court complex was opened for play on June 2, 1982. However local residents lodged a complaint with the Land & Environment Court causing construction of the new clubhouse to be delayed for six years! In the meantime, members were forced to make do with an Atco shed as their temporary clubhouse. 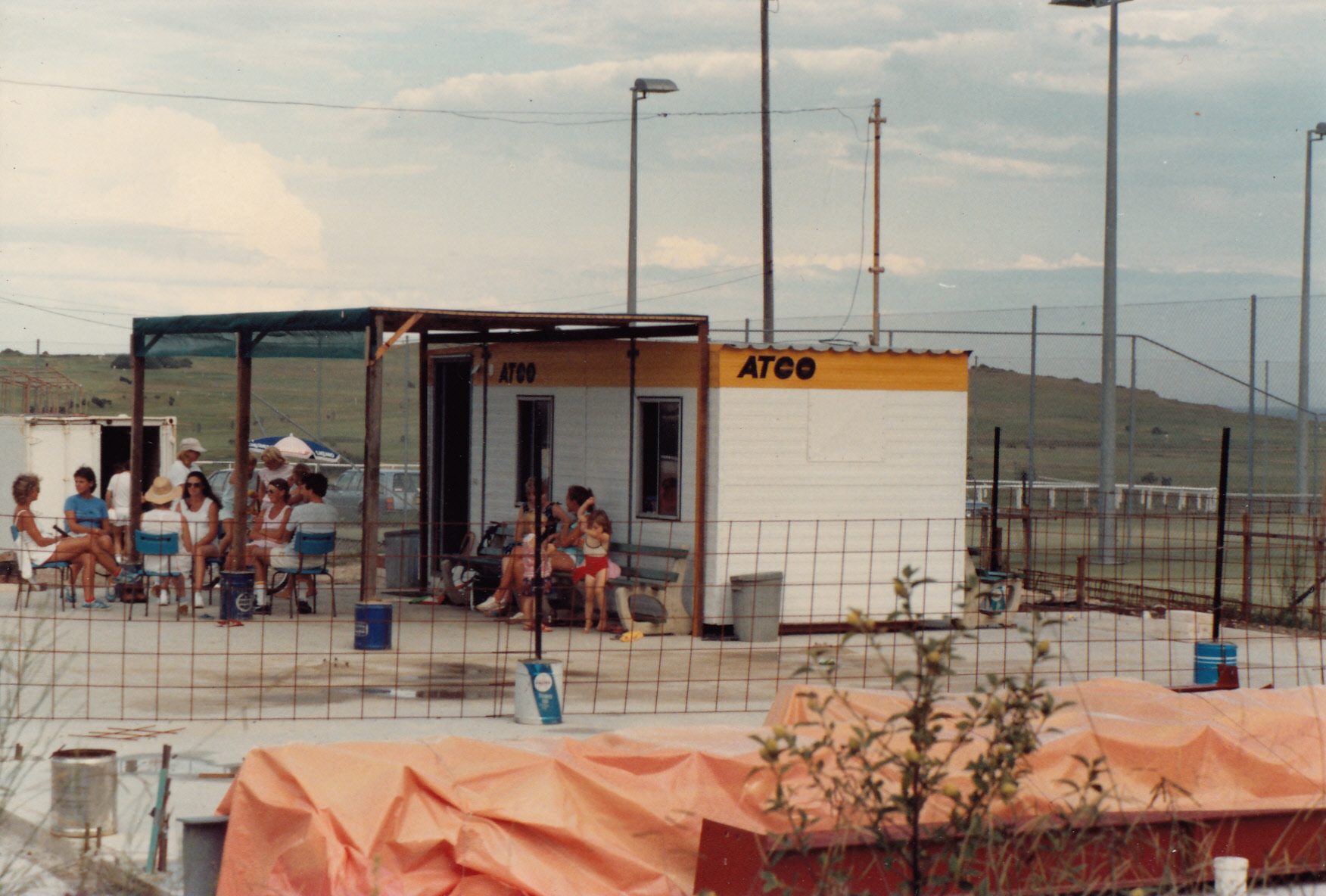 The ATCO shed as temporary clubhouse

Court Hire fees to members of the public were increased by $1 per hour, to help cover the unexpected costs incurred by the delay to construction of the clubhouse and associated ongoing maintenance costs.
Around that same time the MWTA (now Tennis Northern Beaches) introduced Night Competitions for the first time. Collaroy fielded one of the first teams in the Wednesday Night Men’s Comp., consisting of Mark and Greg Petith, John Kelly, Dave Vincent, Clarrie Bridges and Warren (‘Horry’) Marsden. They made the Final, playing a team destined to become their arch rivals for years – ‘The Burglars’, comprising members of Bareena Park Tennis Club (ironically captained by now CTC committee member, Dave Keogh). 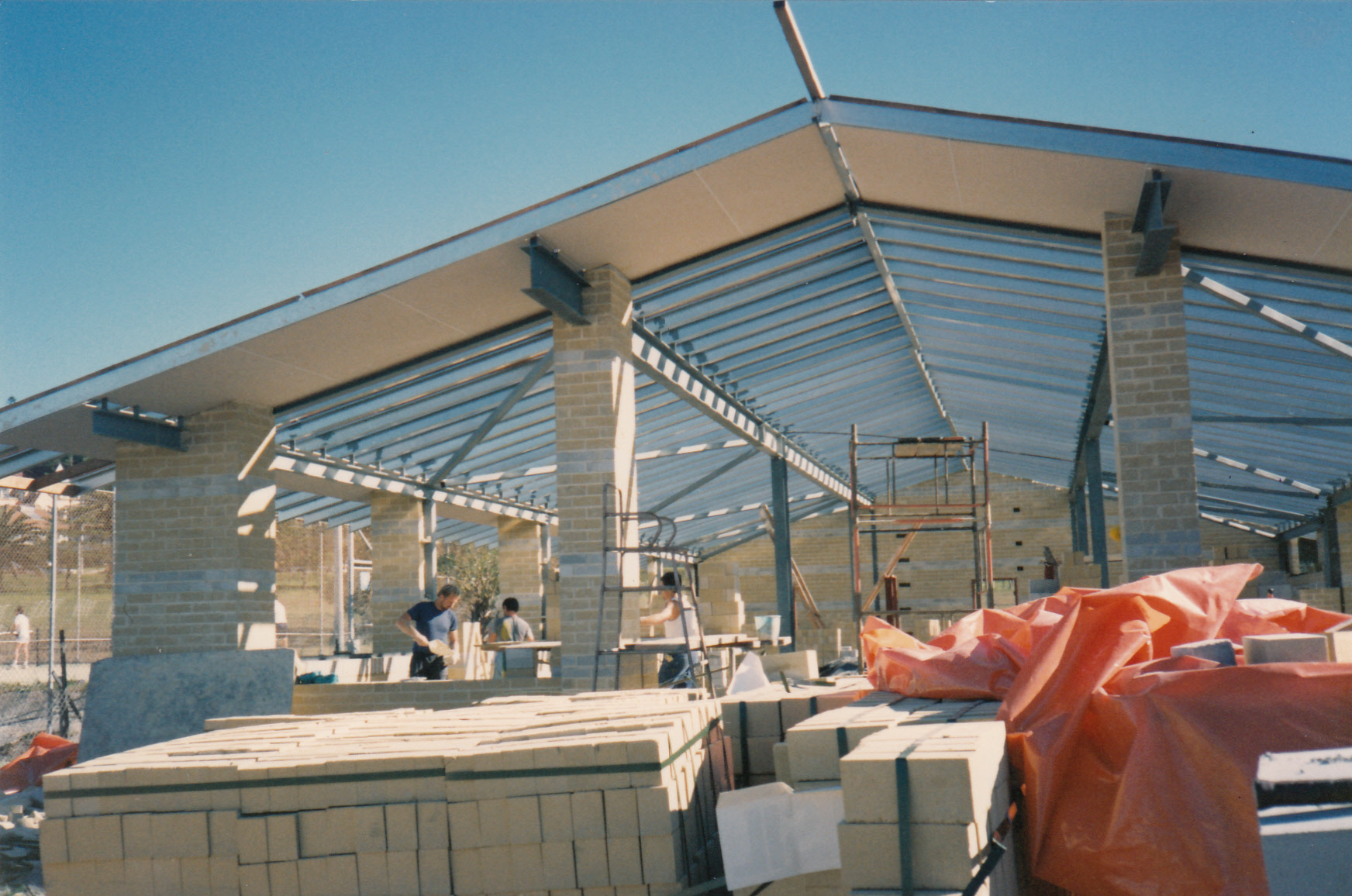 The new clubhouse takes shape in 1988 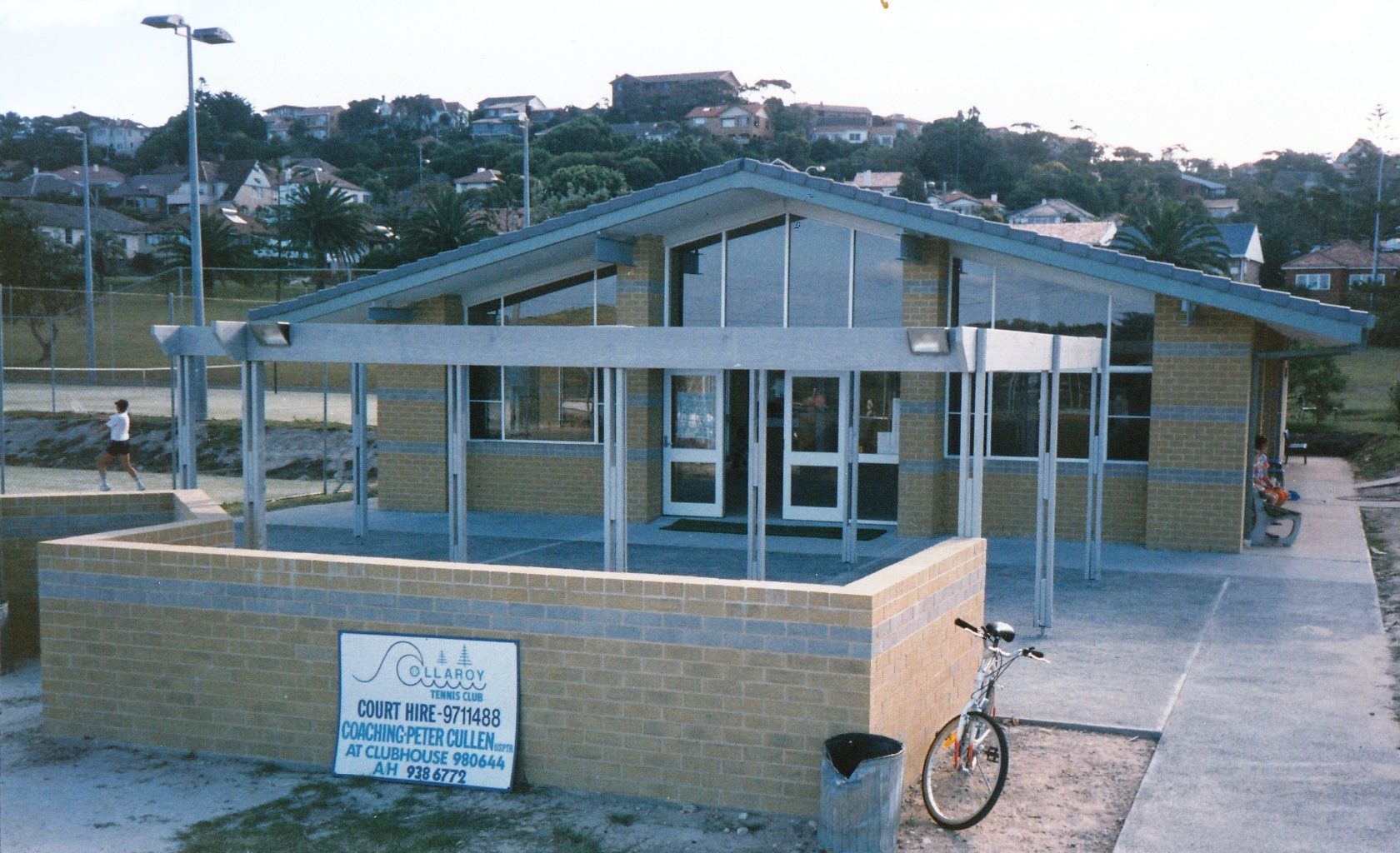 Our brand new clubhouse had been completed, seven years after plans had been lodged. 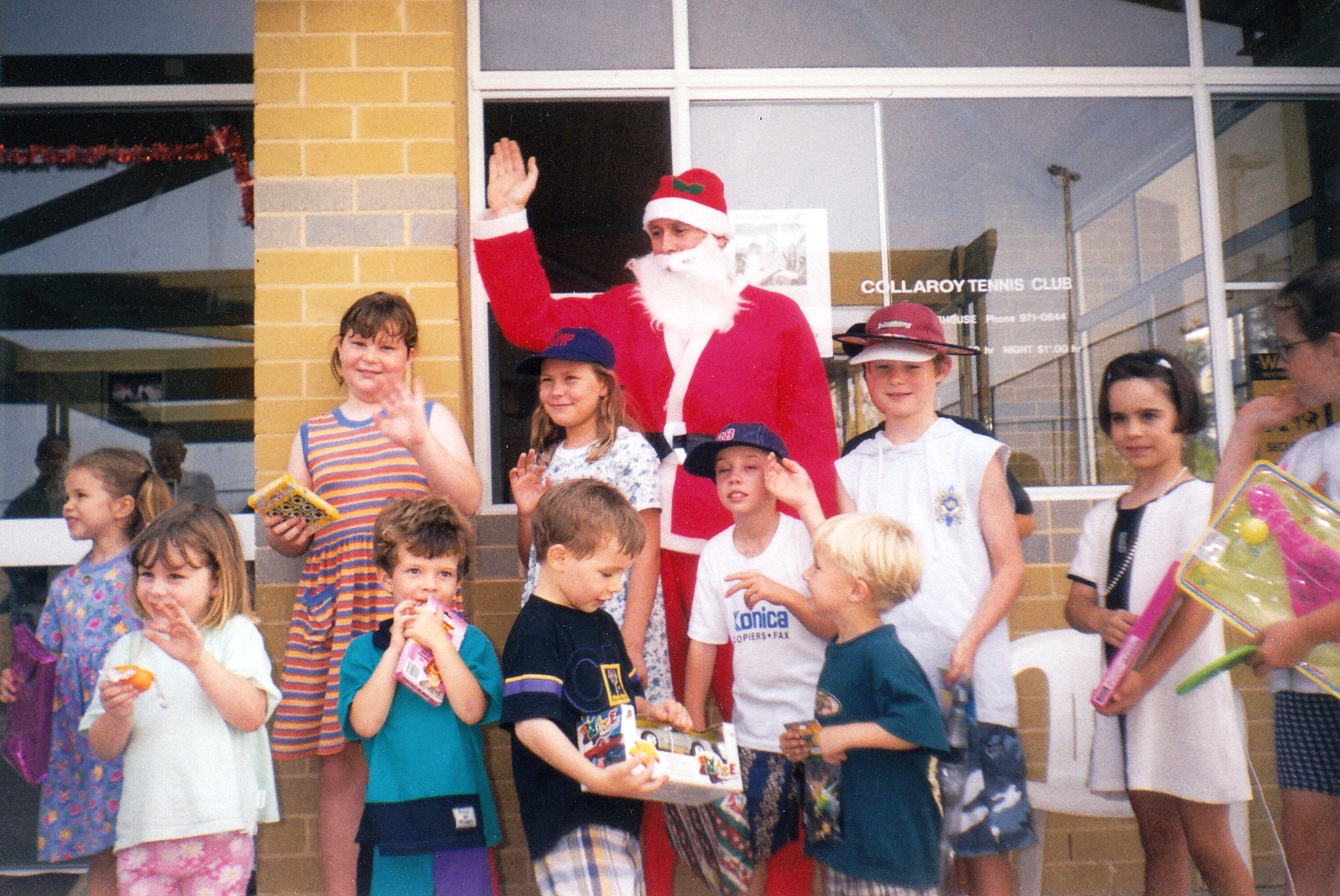 Many celebrations were held after the Clubhouse completion

Bill Clinton is elected President of the U.S. and the Summer Olympics are held in Barcelona, Spain with Jennifer Capriati stunning Steffi Graf to win the Gold Medal. Three years earlier, our brand new clubhouse had been completed, seven years after plans had been lodged, and many celebrations were held within its walls in 1992. 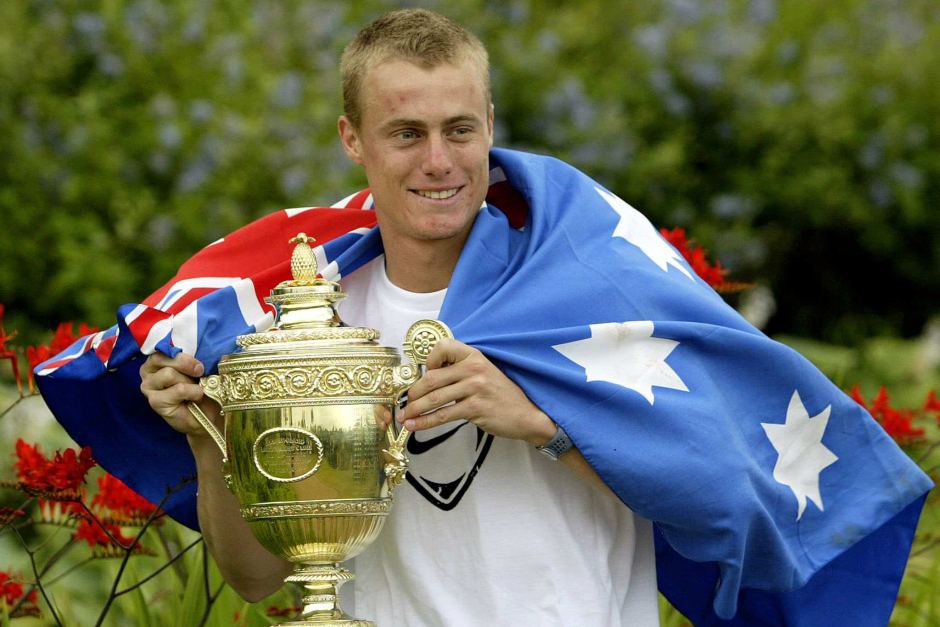 Brazil defeats Germany to win the FIFA World Cup and Lleyton Hewitt wins The Championships at Wimbledon, extending his ranking as world No. 1 after becoming the youngest male in the ATP era to earn top ranking at just 20 years of age. Collaroy Tennis Club hits 150 members. 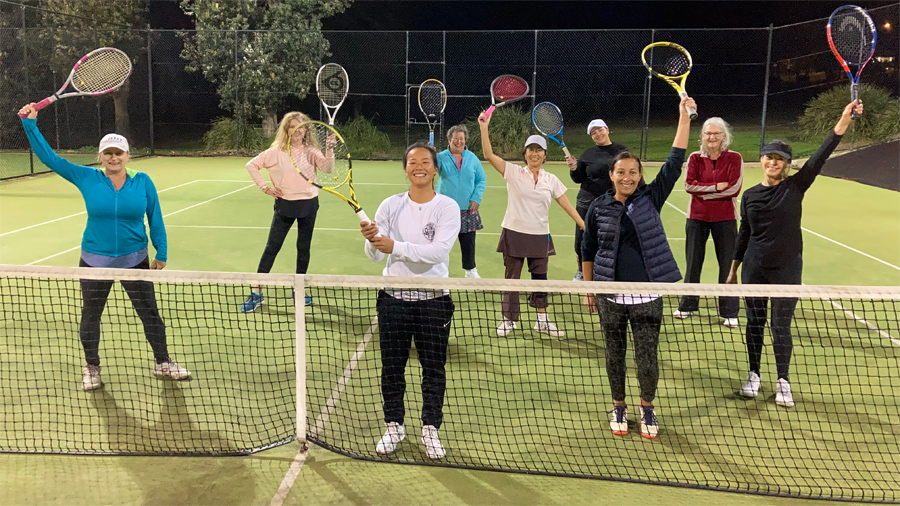 Collaroy Tennis Club hits 150 members in 1992, though still with an imbalance of men. We need more ladies! 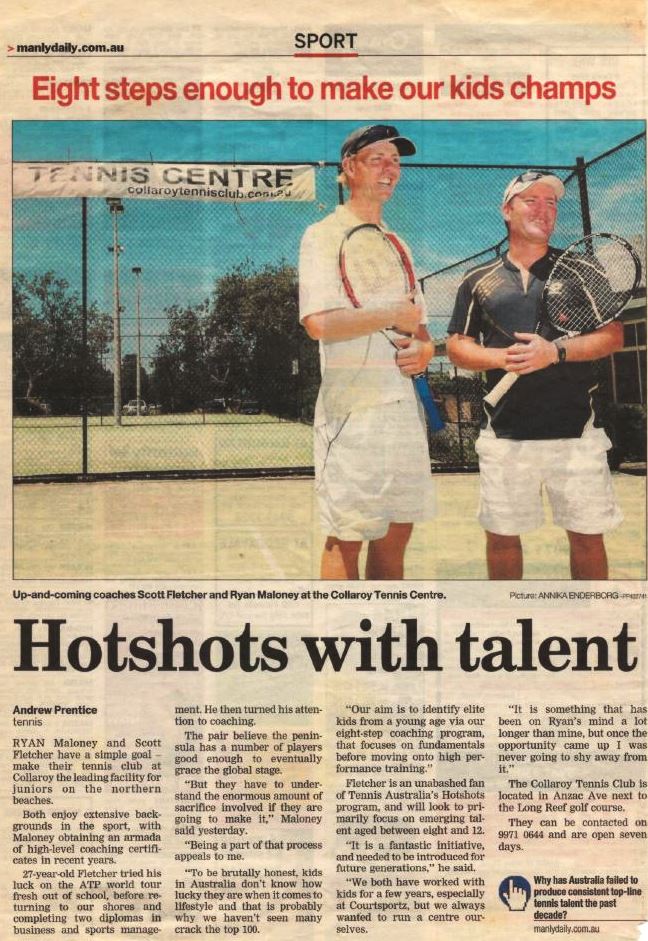 After consultation with members, the committee made the somewhat controversial decision to move on from long-time coach Peter Cullen and appoint Evolve Tennis Academy led by Ryan Maloney and Scott Fletcher as the Club’s new Coaching Partner. It was a tough call that has paid dividends. 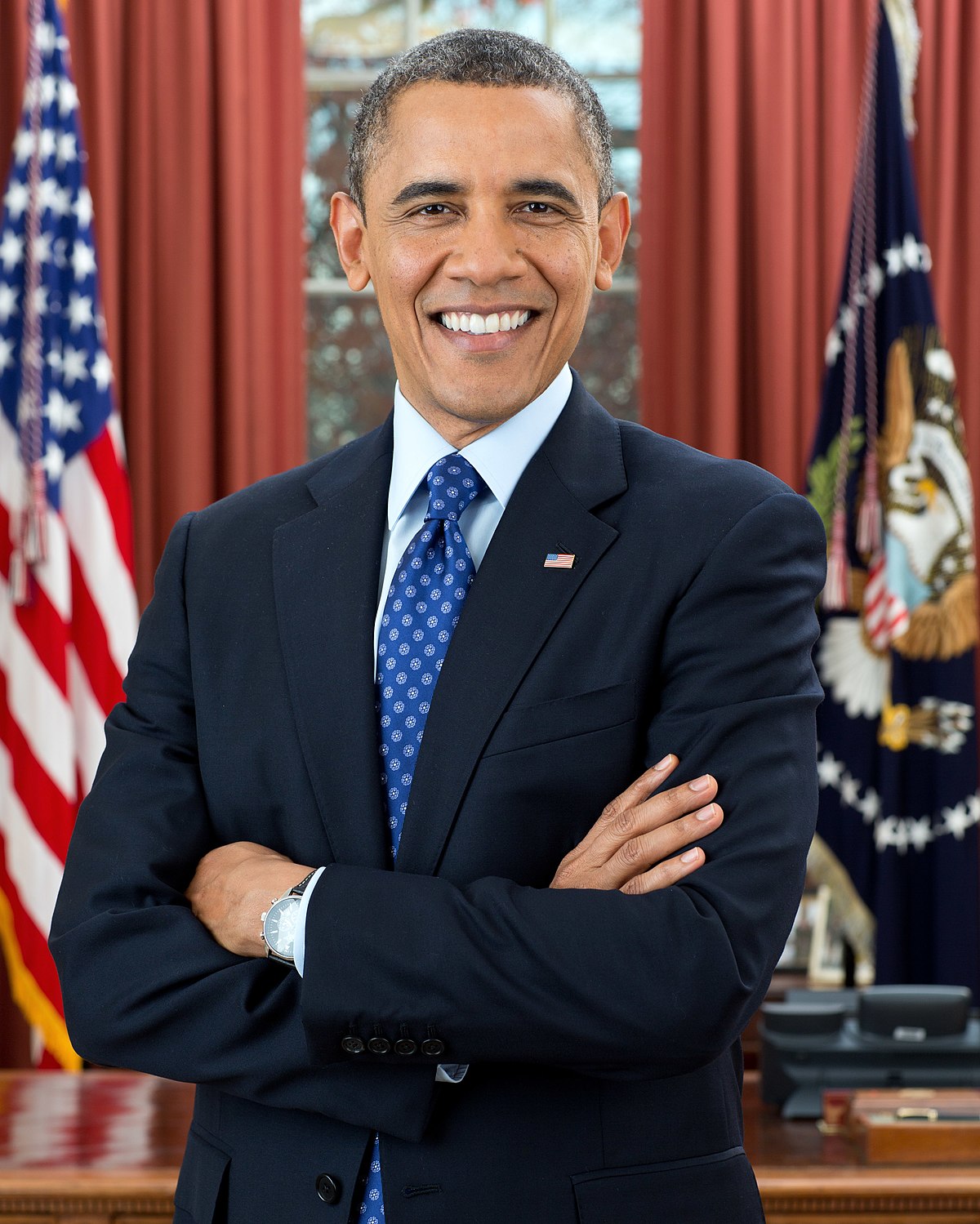 Club continues to grow after 90 years

US President Barack Obama is re-elected for his second term and Queen Elizabeth II celebrates her Diamond Jubilee. It’s now 90 years since Collaroy Tennis Club was founded and the Club continues to grow. 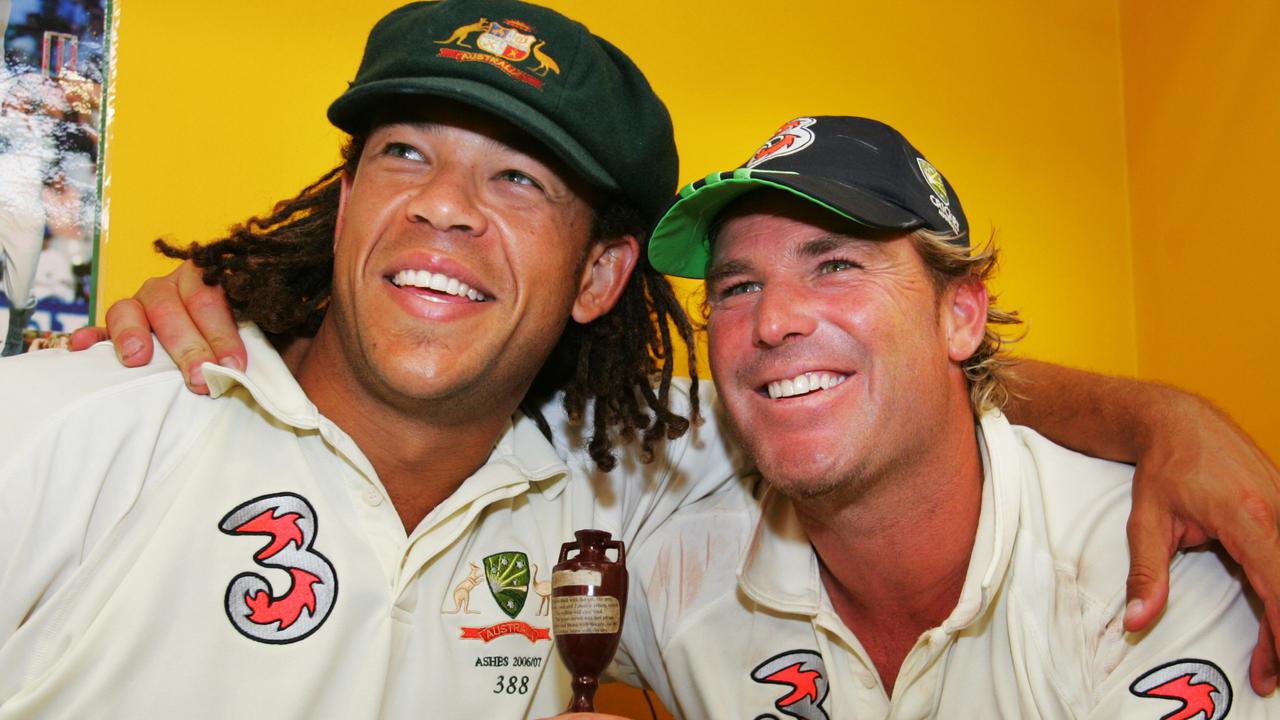 Farewell to our cricket heroes

The world enters its 3rd year of a global pandemic, Russia invades Ukraine, marking the largest armed conflict in Europe since World War II and the passing of Rod Marsh, Shane Warne and Andrew Symonds within two months shocks the sporting world. 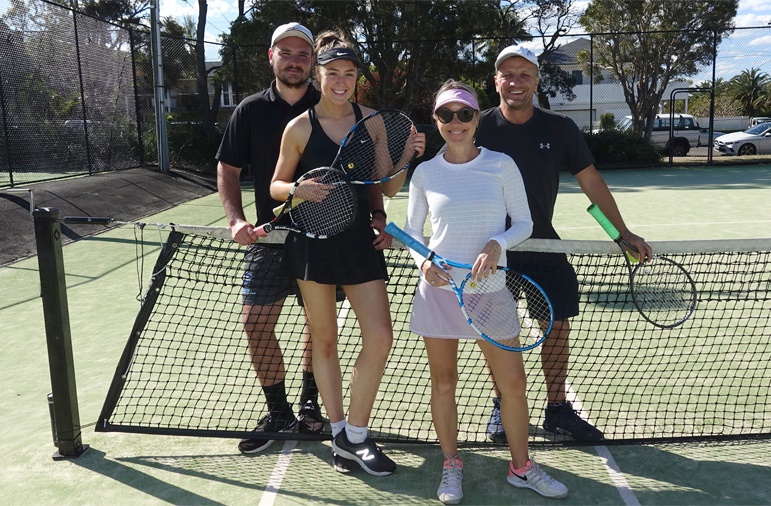 100 Years of tennis in the community

Collaroy Tennis Club celebrates a HUGE Milestone – 100 years of providing tennis to the community and its members – and launches a new logo to mark the occasion. Our membership hits 200 for the first time and we’re proud of the diversity and balance now evident in our membership. 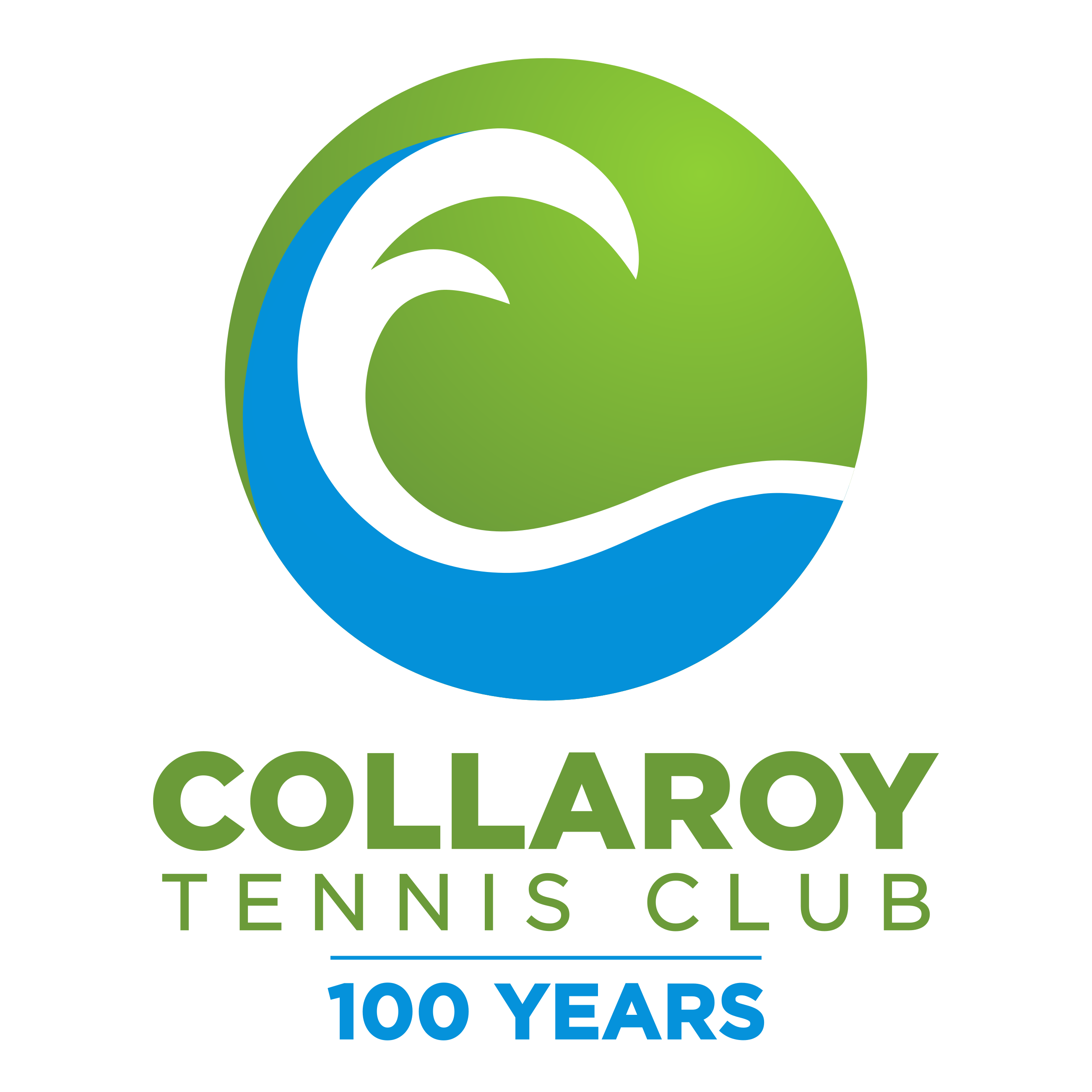 Since 1922, our Club has survived the Great Depression, a World War, a battle with the Land & Environment Court and a Global Pandemic. HERE’S TO THE NEXT 100 YEARS!